Active Screener uses its own unique ID for each reference, but in most cases the tool will still keep track of the Identifiers from the other databases the data was imported from. For example, in the case of HERO data, if you import directly from a HERO RIS file, the HERO IDs will be internally associated with each record. When you import the RIS file, make sure you pick the appropriate source – in this case “HERO” from the dropdown that looks like the following: 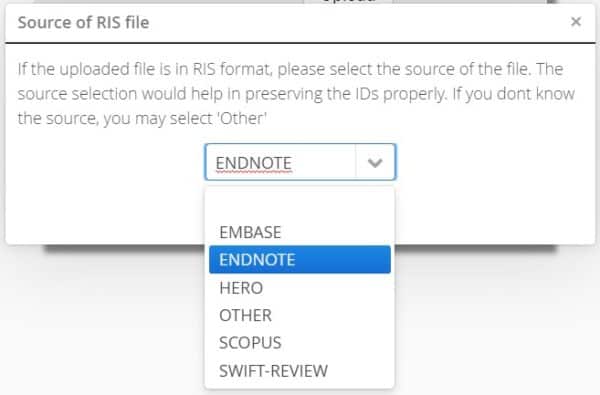 Similarly, if you import the data from an RIS file that has been exported from a SWIFT-Review project having references that originated from HERO, the HERO IDs will be stored in Active Screener. If you later need to get the data back out of Active Screener, you have the option of exporting the data in the form of an Excel file or an RIS file. In both cases, the HERO ID will be exported along with the file.